WE ARE LIVING WATER

By Mindful Leader1 month ago

In John 7, Jesus said “37 On the last day, that great day of the feast,
Jesus stood and cried out, saying,
“If anyone thirsts, let him come to Me and drink.
38 He who believes in Me, as the Scripture has said,
out of his heart will flow rivers of living water.”

Living water is the sea in which our higher consciousness dwells:
the sea of abundant, omnipresent, eternal life, the universal life flow.

This sea of living water is the quantum,
the realm of infinite possibility:
a quantum (or unified) field is an invisible field
of energy and information—or you could say
a field of intelligence or consciousness—
that exists beyond space and time.

Nothing physical or material exists there.
It’s beyond anything you can perceive with your senses,
filled with infinite amounts of energy
vibrating beyond the physical world of matter
and beyond our senses—
invisible waves of energy
available for us to use in creation,
the state in which all possibilities exist.
In living water, this endless, vast space as an awareness,
there are no bodies, no people, no objects,
no places, and no time.

LISTEN HERE TO THE MEDITATION AND PRAYER

SUPPORT Our Prayer Music on i-Tunes

Our Prayer Music is excerpted from

DOWNLOAD THE NEW SPIRITMUV APP FOR FREE
for i-PHONE

ANDROID
AND ACCESS OUR MEDITATIONS RIGHT FROM YOUR PHONE: 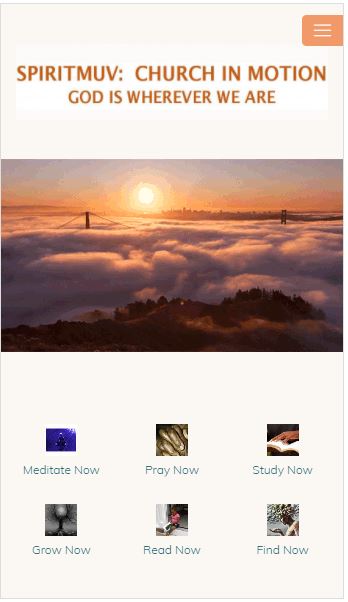