PROSPERITY PART 5 – The Law of Obedience

When we want to change our lives and experience the fullest of God’s abundance and prosperity, we sometimes falter.  We falter because we know in our hearts that we are called to do something, but we resist.  We judge by appearances instead of being obedient.  Obedience is the fifth law of prosperity.  No matter what the circumstances, we must do God’s will rather than our own.  God’s will provides blessings for all.  When we are obedient not only are we blessed, but our blessings give to others for generations to come.

No one was more obedient than Jesus Christ who sacrificed his life for our salvation. His obedience began the moment he was born because in his 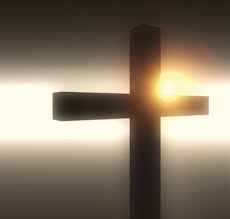 omniscience he knew what he was called to do, and he was obedient.  He understood the full meaning of prosperity, which is not merely from the Old French prosperite, but is also from the Latin word prosperitas which means ‘doing well.’   We must do well in the Spirit in order to be well in the flesh.  Doing well in the Spirit is fully embracing the power of God in our lives.

Matthew 3:13-16, where the Bible teaches us that “Jesus came from Galilee to the Jordan to be baptized by John,” demonstrates the importance of obedience.  John actually tried to refuse Jesus.  John actually second-guessed Jesus.  John told Jesus, “I need to be baptized by you, and do you come to me?” Jesus replied, “Let it be so now; it is proper for us to do this to fulfill all righteousness.”  In other words, stop second-guessing me.  Do what you are called to do.  When John consented and was obedient, he received one of the most powerful revelations of all time.

John the Baptist, who represents the natural man, had to be obedient to Jesus, highest Christ consciousness.  He had to release and let go of his feelings of unworthiness in the flesh.  He had to stop believing that he was unworthy to cleanse the Son of God, so that he could witness the purity of Spirit taking charge.

From this act of obedience to wash the flesh with the Spirit, John witnessed the fullness of grace, teaching us that “the law was given through Moses but grace and truth came through Jesus Christ.”  (John 1:17)  Law is that which limits through cause and effect in the material world. 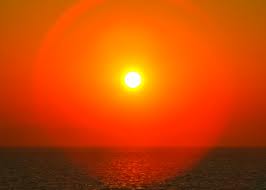 Metaphysicians would say that we only receive that which we have sown and may not even reap all that we have worked for.  See discussion on the law of cause and effect at http://www.truthunity.net/courses/the-quest/08 (last accessed on July 25, 2014).  This is a consciousness of limitation.  Jesus taught that when we accept the covering of God’s grace, we receive the unconditional love of Spirit which transcends physical and worldly limitations. 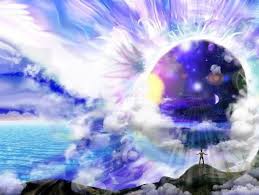 As Jesus told his disciples in John 4:34-38, “My food is to do the will of him who sent me and to finish his work.  Don’t you have a saying, ‘It’s still four months until harvest’? I tell you, open your eyes and look at the fields! They are ripe for harvest.  Even now the one who reaps draws a wage and harvests a crop for eternal life, so that the sower and the reaper may be glad together.  Thus the saying ‘One sows and another reaps’ is true. I sent you to reap what you have not worked for. Others have done the hard work, and you have reaped the benefits of their labor.”

If we are not obedient in releasing the old, we do not allow the good to come in.  What is the old?  The “old” does not only take the guise of old relationships or situations but also old ways of thinking, old fears, old doubts, old worries, old habits that stand in our way of achieving God’s good.

We have to be obedient enough to release old hang-ups when Spirit calls us forth to be baptized in a new consciousness of God’s grace: a spiritual consciousness where fear does not dwell.

When we do, when we cleanse ourselves in a new consciousness, a new heaven opens.

At that moment heaven was opened, and he saw the Spirit of God descending like a dove and alighting on him.  And a voice from heaven said, ‘This is my Son, whom I love; with him I am well pleased.’”

Spirit calls us to be obedient by leaving the physical nets of a material existence.

In Matthew 4:18-20, when Jesus is walking by the Sea of Galilee, he called Peter and Andrew, saying “Follow Me, and I will make you fishers of men.”  They were blessed by their obedience.  They did not second guess Jesus.  They immediately left their nets and followed Him.  They left lower consciousness and followed higher Christ consciousness.  Are we being obedient?  Have we left our nets?

We have to leave our nets of fear and follow power, our nets of ignorance and follow truth, our nets of lack and follow plenty.  Like the man who laid at the pool of Bethesda for 38 years, we have to rise and take up our mat, and walk.  When we do, we will be made whole immediately.  (John 5:1-8.)

If nothing else, Jesus taught us the power of obedience.  He was obedient to God in every aspect of his life.  Not only was he obedient in the ultimate sacrifice of his life, in which he demonstrated that even when we are destroyed in the flesh, we can rise in the Spirit.  But he was obedient in remaining steadfast to the power of God.  In John 11:23-25, Jesus told Martha “Your brother will rise again.”  And Martha said “I know that he will rise again in the resurrection at the last day.”

Jesus, however, said “I am the resurrection and the life.”  Jesus demonstrates that when we are  obedient to the power that we are – the I AM that I AM, we will transcend the physical limitations of even death itself.

Jesus says be obedient and ask for what you want of the universe.  In John 14:13-14, Jesus says whatever you ask in My name, that I will do, that the Father may be glorified in the Son. If you ask anything in My name, I will do it.  The most important thing to ask of Jesus is to help us remain centered in his grace, in his consciousness of Christ, in the kingdom of God.

In John 20:21, Jesus said “Receive the Holy Spirit.”  Accept the power of God within you.

Center me in the strength of obedience and help me do your will and I will be a living demonstration of your grace. 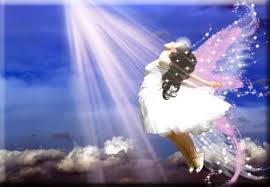 In the name of Jesus, help me trust the guiding, loving, directing, empowering consciousness of God as my own – as you have taught me.  Then, I will do the greater things that I am here to do.  In this obedience, I no longer see an empty cup but one that never stops pouring.